Judging by the headlines, one would think that the most severe problem African Americans face today is the risk of being killed by a police officer. U.S. as well as international media provide saturation coverage to police shootings of blacks; political activists piggyback on that coverage to push their agenda. Since the summer of 2020, when the death of George Floyd under the knee of a Minneapolis officer set off national race riots, the «Black Lives Matter» (BLM) movement has called for «defunding the police.» Progressive politicians have tried to make that call a reality.

The residents of predominantly black neighborhoods, however, have a different perspective, as I have witnessed attending police-community meetings in minority communities and speaking with passersby on the street. What the good, hardworking people of those areas fear most is not the police, but their absence. Minority neighborhoods are, sadly, often crime-ridden. The law-abiding residents of those areas see the police as their only hope for a normal life. An elderly woman from the South Bronx in New York City blurted out during a police-community meeting a few years ago: «How lovely when we see the police! They are my friends!» For this vulnerable senior citizen and her neighbors, progressive dreams of defunding the police are a nightmare.

What happens when police retreat

To understand why, look at the data. In 2021, six unarmed blacks were fatally shot by an officer, according to the Washington Post’s database of fatal police shootings,1 out of a national black population of about 44 million. The year 2021 will likely see well over 10,000 black homicide victims, once full homicide data are compiled. Those black victims were killed overwhelmingly not by an officer, not by whites, but by other blacks. Blacks between the ages of 10 and 34 die of homicide at 13 times the rate of whites, because the black homicide commission rate is just as disproportionate. Defunding the police will not help to bring that number down – quite the contrary.

After the George Floyd riots, officers backed off from the pro-active policing that discourages criminals. Having been told relentlessly by the media and by the nation’s elites that it is racist to stop and question suspects and to enforce low-level crimes, many officers went back to purely reactive policing—i.e., responding to violence and to property crime only after someone has already been victimized.

The result was predictable: Crime rates soared in cities nationwide. Homicides increased by nearly 30 percent in 2020—the largest one-year increase in U.S. history. Blacks as usual paid the highest price, with another 2000 black homicide victims, including over four dozen black children, compared to 2019. BLM activists protested none of those killings, because they did not fit the movement’s preferred narrative.

Mainstream media and Democratic politicians blame this violent crime wave—when they acknowledge it at all—on the Covid pandemic. But if the pandemic explains the violent crime spike in the U.S., that spike should have begun earlier in 2020. Instead, the rise began after the George Floyd riots in June 2020. No other Western country has experienced a comparable increase in shootings and homicides, although many had similar or tougher lockdowns. The movement that purported to want to protect black lives resulted in more black death.

Police use of lethal force in the US (the police kill about 1000 civilians a year) is a function of the nation’s highly elevated rates of violence compared to other Western countries. Among 15- to 24-year-olds, Americans kill with guns at nearly… 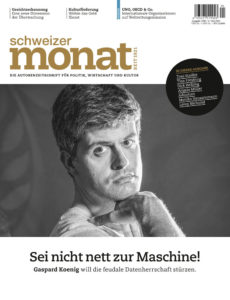 A digital earthquake has shaken up the relationship between traditional authorities and the public. They must be reconciled if democracy is to prevail.