It is a tough old question: Does development aid generate develop­ment? Translated into the language of economics it becomes: Has aid to the poor countries generated econo­mic growth? This is known as the aid effectiveness question. It is analy­zed in a large literature.1 The reason why new papers keep coming is simple: We all want aid to work and alleviate world poverty, but the findings in the literature are weak and unstable.

Technically, aid effectiveness is an easy question to analyze. The statistical tech­niques for growth regressions are well known, and the data are ideal. Since aid programs started 60 years ago, almost 10’000 pairs of annual observations for aid and growth have been published. The average aid share is about 7 percent of gross domestic product (GDP) in the recipient country.

From similar data in other fields, 10 other factors have been shown to have a robust impact on growth. When comparable, most of these factors are of a smaller magnitude than 7 percent of GDP. If aid gave development, it should be easy to show – but it is not. By now, this is well known in development research.2

The basic observation in the field is the zero correlation that results if one looks at two data sets: One is the aid-shares (of GDP) of the recipient countries and the second the real growth rate of the same countries. The two data sets might be averages for 5 of 10 years and they may be shifted relatively to give aid some time to work. However, the correlation is always close to zero, and sometimes even negative.

If the discussion of aid effectiveness were a normal scientific one, it would be boring as it would deal with the second decimal only: Is there a tiny effect or none at all?

On the gravy train

However, the discussion of aid effectiveness is far from boring. Hot scientific disagree­ment is often brought about by something else that gives it zest. In the case at hand, the controversy is due to two strong priors: The first ist the angel prior: Aid aims at doing good, and we all want to be on the side of the angels. The second is the gravy prior: Aid has now reached $160 billion. About 10 percent is fees to consultants, including most development economists.

The two priors point in the same direction – the angel prior gives the researcher a moral justification for gravy seeking. Hence, research in aid effectiveness is a prior-ridden field where the tension between the priors and the basic fact has generated a large literature.

The aid effectiveness literature is embarrassing seen in the perspective of research ethics. It ought to be the job of research to explain the facts – not to explain away the facts. When our priors desire a result, we should be extra careful to make sure it holds. However, this is not always the case in this field. The following is a short summary of the results of 300 studies in the aid effectiveness literature. Anyone who tries to look beyond the priors ought to agree on these.

On the micro level, it is uncontroversial that about 50 percent of all aid projects succeed3; but development is a macro level phenomenon. The macro aspect is built into aid programs through social cost-benefit analyses. For many years, the criterion for determining if an aid project was acceptable was that it would contribute at least 10… 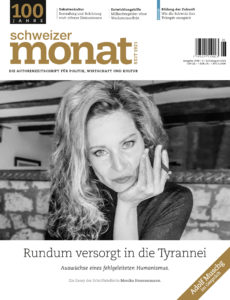