The end of 2020 also marks the end of the first phase in China’s Social Credit System (SCS). Since the publication of comprehensive plans for its construction in 2014, it has become the posterchild example of the increasingly authoritarian bent of the Xi administration, as well as the dystopian or “Orwellian” purposes to which digital technologies and data can be put. The reality has, however, always been more prosaic. China’s leadership is now embarking on the second, consolidated phase of SCS development. It is therefore worthwhile to review how SCS authorities have perceived the results of the past period, how it assesses successes and shortcomings, and towards which direction they will steer the SCS.

The notion of social credit emerged around the turn of the century, in response to a number of perceived ills. First and foremost, the new market economy was beset by rule-breaking where a relatively weak state could not provide an effective deterrent. While China has a reputation of strict authoritarian governance and centralized control, during the 1990s, the administration was fragmented, lacking material resources and expertise. Local governments, for instance, did not communicate effectively, meaning that individuals convicted for something in one town could move to the next and start all over. During that time, food scandals, intellectual property infringement and other economic wrongdoings were rife. This resulted in a deep deficit of trust. Social credit would remedy this through the comprehensive integration of government information, and imposing stronger sanctions against dishonest and non-compliant conduct. In other words, the SCS would serve as an amplification device for the enforcement of existing laws and regulations. Later on, information was also seen as useful in building up a consumer credit industry. China’s population had been largely unbanked, relying on hard cash for most transactions. Bereft of previous financial information, building up a consumer credit industry therefore required other data to assess creditworthiness. Finally, with the 2014 Plan, credit mechanisms were also proposed for internal government oversight.

It took, however, over a decade for the central government to move from conceptualisation to a comprehensive plan1. As so often in Chinese policy, local governments moved first. As a result, a great variety of local social credit systems emerged. Some of them included quantitative scoring methods, others didn’t. Most of them were based on existing government information, but in some cases, local officials sought to use the SCS to ban behaviour they saw as undesirable, rather than unlawful. One mayor attempted to sanction frequent job-hopping2, for instance. Action at the central level consisted mostly of binary blacklist systems, where individuals or businesses found guilty or particular infractions with designated aggravating circumstances, would face a range of expanded punishments. The most well-known blacklist punishes non-implementation of court verdicts, and includes, amongst others, a prohibition on air travel and luxury purchases, as well as ineligibility for certain jobs. The SCS also had a reputational element: much of the information in it is available publicly on creditchina.gov.cn, enabling due diligence of potential employees, borrowers or business partners. In some locations, telecommunications operators even cooperated with government authorities so that those receiving a call from a blacklisted number would receive notification to that effect.3 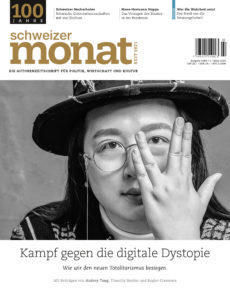 The Social Credit System enters its second phase. It is not the most dangerous among Chinas technology projects.

It is not certain yet how Central Bank Digital Currencies will be designed. Some projects, especially the cross-border implementation of the digital Yuan, foreshadow an alarming future.