Three decades ago, business magazines declared that low cost personal computers and software were creating a «New Economy». Small startups could affordably access advanced technology, allowing them to compete with the big firms. They could innovate, grow, and eventually disrupt long established dominant firms. Those were exuberant times for startup firms. I know, because I ran one of them, founding one of the first desktop publishing firms. Our company and others provided tools that allowed startups to enter the publishing market. Hundreds of new magazines and newspapers took this opportunity.

But that period of exuberance did not last. My company was acquired, and the publishing market was soon beset with competition from the Internet. More generally, across industries startups soon encountered strong headwinds to growth. Consider the story of Nuance Communications. In 2005, years before Apple’s Siri and Amazon’s Alexa, Nuance merged with another startup, Scan Soft Inc., to attack a burgeoning opportunity in speech recognition. The new Nuance Communications developed powerful speech processing software and grew rapidly for almost a decade—an average of 27 percent per year in sales. Then suddenly, around 2014, it stopped growing. Revenues in 2019 were roughly the same as revenues in 2013. Nuance ran into strong headwinds, as large computer firms that were once its partners became its competitors.

Nuance’s story is far from unique. Across all major industries and technology domains, startups are facing unprecedented obstacles to growth. New companies are springing up to exploit innovative opportunities just as they have in the past. These companies can now tap into an extraordinary flood of venture capital. Yet all is not healthy in the startup economy. Innovative startups are growing much more slowly than comparable companies did in the past.

Surprisingly, a major culprit is technology—proprietary information technology deployed by large firms that dominate their industries. While we usually think of technology as creating disruption, now some technologies are suppressing industrial turnover, which has declined sharply over the last two decades. And this has broad negative implications for the economy, including slower innovation. Researchers have shown that the slower growth of innovative firms has substantially slackened productivity growth. And this is of great concern to economists because slower productivity growth means that incomes grow less.

Nuance began in 1994, as a spin off from SRI, a Stanford laboratory that had developed speech recognition technology for the US government. Scan Soft was a Xerox spinoff. Before the two merged in 2005, speech recognition was constrained by computer processing power. Systems recognized only limited vocabularies, though they nevertheless proved useful in commercial applications such as the transcription of medical records with specialized vocabularies or telephone customer support centers.

By the late 2000s, things changed. With more-powerful computers, Nuance was able to develop a major innovation, «large vocabulary continuous speech recognition.» Now you could say anything about any topic and the technology could accurately transcribe it in real time. Nuance used this technology in an app called Dragon Dictation. When Apple introduced the iPhone 3GS at their 2009 Worldwide Developers Conference, they featured the Dragon Dictation app in their display. Once Apple validated the product, Samsung and all the other phone manufacturers wanted it. So, too, did Google, Amazon, and Microsoft. Nuance grew rapidly, both by signing up these major customers and also millions of individual customers who purchased the iPhone app. The app became the number one business productivity application in the iTunes store. In 2011, Apple introduced Siri, which was based on Nuance technology. Nuance revenues grew to $1.7 billion in… 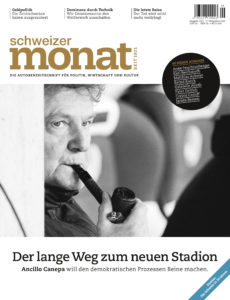 A day in the life of a Western academic teaching at a University in China’s high-tech metropolis.