What did freedom mean to you when you were growing up?

I was very lucky that my that my parents sort of allowed us a lot of freedom. My upbringing was probably not the normal kind. My father was a very eccentric psychiatrist who actually believed very strongly in allowing hi children a lot of freedom and to make their own mistakes and to learn by them. We were never told to do or not to do something. It was a very sort of unusual way of bringing up children. We used to go on family holidays, my dad would drive this car like all over Europe, us three siblings all stuffed into the back of this car. And he was obsessional about seeing every single thing in the Michelin Guide. So we’d go from church to altarpiece to ruin to whatever, literally the whole day was just spent driving and stopping, driving, driving, driving, driving, and then we’d pitch the tent at night. And then the next morning would be up at six o’clock, tent down, back in the car, seeing everything we could possibly see. That was very much instilled in us at a young age.

That does seem like a very early lesson in being bold.

Traveling was quite normal to us I suppose, because it was something we did every single summer holidays. That instilled this inquiring mind to find out about the world, about other countries and everything. Combined with my parents’ attitude to give us as much freedom as we could possibly have wanted, I think that provided me with a good frame of mind. In my early 20s, I wasn’t frightened of going out and venturing out on my own. I felt quite confident that it was a kind of a normal thing to sort of do. I rode a motorbike. I wanted to see the world. I was at a kind of stage in my life where I didn’t really know what I wanted to do. Riding my bike around the world wasn’t really a big thing. In my mind, I just kind of went and did it.

Can you recall the first moment when you really got aware of motorcycling culture? 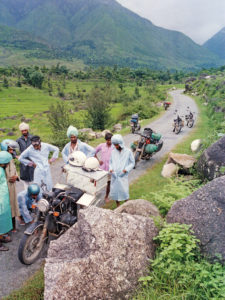 When I started riding bikes, it really was just a sort of cheap and easy way to get around London. I was expelled from school when I was 16, which actually was a good thing. My parents enrolled me in a college in London to finish off my A levels, which was my kind of exams for me going to university. There I met this group of bikers, and that was my first introduction to motorcyclists to motorbikes, and a friend sold me his little Yamaha 100. That was my first motorbike. It was simply used to get around London, it was cheap, it was easy, it was fast, it was efficient. I really did see it as just a mode of transport. Later I bought myself a slightly bigger bike, a 250. I passed my test on it; back then in the UK, you could ride a bike up to 250 without taking any test at all. That sounds crazy now, but it’s the way it was in.

And you proceeded from there? 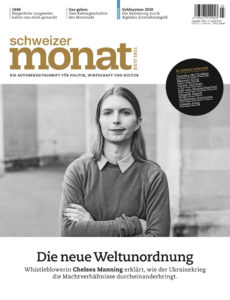 Liberals and Libertarians have acchieved much more than many of them would admit. Among their achievements are not only economical, but also social and moral improvements.