Over the anguished cries and resigned sighs of its victims, the financial storm that broke out in August 2007 also echoes with a different kind of noise, ringing with shouts of triumph and head-shaking « I told you so”. “Here we have the utter failure of Anglo-American laissez faire!” “This is the shameful result of immoral greed on the part of capitalists lacking any sense of social responsibility!” “Neo-liberalism (but why “neo”?) as shown its noxious impotence, – the strong hand of the state is needed to save the system!” “After thirty years of mindless de-regulation, we must now urgently erect a new, comprehensive and tight framework of regulation!”

Nearly everyone seems persuaded that the financial system that has been behaving so perversely in the recent past and has not yet finished doing so, is one of pure-bred de-regulated free market capitalism. This is not the case (just as the late lamented Soviet Union was not a pure-bred socialist system). It is true that since World War II, the economies of Western Europe and North America have been gradually freed of a certain amount of regulatory ballast .Trade was liberalised, controls on capital movements relaxed or abolished and the institution of contract has regained some of its 19th century liberty. Nevertheless, the system remained a hybrid, with a great deal of active or latent state intervention, oppressive fiscal regime, an anti-capitalist and anti-profit public ethos in Continental Europe, and important financial regulations that were capable of producing self-defeating results and did produce some in the present turbulence. In fact, they were among the chief causes that set off the turbulence.

How and Why The Storm Broke Out

One of the initial impulses was the smooth, steady and seemingly inexorable rise in American house prices for the last 15 years or so. Economic growth was brisk and fairly regular. Brisk growth should lead to higher interest rates, but the interest rate environment stayed comfortably low (and consequently, mortgages were relatively cheap) because the progress of globalisation put a downward pressure on traded goods prices and inflation remained moderate. Buying a house with mortgage loans, or more often than not selling the old house and buying a more expensive one, seemed a sure-fire method of making a handsome capital gain. Strengthening this tendency was the Americana income tax law which made mortgage interest on loans up to $1 million tax-deductible. This favour to house buyers was estimated to amount to annual subsidy (tax saving) of $80 billion. Thus, after-tax borrowing costs were cheap. Lending to house buyers as much as 100 per cent of the house’s price seemed practically riskless. Moreover, regulations encouraged mortgage lending to less creditworthy borrowers. For instance, the Community Reinvestment Acts of 1977 and 1995 required banks to discriminate in favour of poorer borrowers. The Comptroller of the Currency treated more leniently the banks that lent “socially”. The result of these practices was that as long as house prices did not start falling, perhaps only a few hundred billion out of the 13 trillion dollars of mortgages in existence was dubious. But declining house prices in the first half of 2007 caused the volume of “subprime” mortgages quickly to multiply.

Much blame has since been heaped on two recent financial techniques, securitisation and the extensive use of various derivatives (especially credit default swaps, a method of insurance, whose volume now exceeds $60 trilllion, more than four times America’s GNP). These techniques have been of enormous benefit to the world economy because they distributed risk to those most willing to bear it. A very rough estimate, though little… 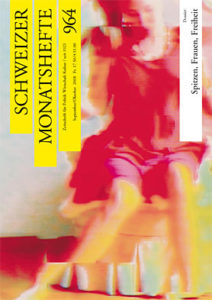