Human rights are indivisible. At the heart of this statement rests the concept of «cultural relativism», the long-standing dilemma of whether universal human rights can exist in a culturally diverse world. The shrinking of our planet, through globalization, only serves to exacerbate the problems faced by those who guard our rights. The increasing integration of financial markets, the emergence of new and shifting regional alliances, along with advances in telecommunications and transportation, have all contributed to unprecedented demographic shifts. In societies of different peoples and cultures there has been an urge among ethnic and religious communities to encourage a strong sense of identity. In adjusting to pluralism, such groups seek to promote old conventions and traditional values for their own protection.

This relativism could pose a potential threat to the effectiveness of international law and its institutions and a system of human rights that has been established over decades. Attempts by individual states and other groupings within states to put their own cultural norms and practices ahead of the consensus of international standards, could have serious consequences for human rights and the organizations that are their guardians. If cultural traditions alone were to govern a nation state›s compliance with international standards, then disregard, abuse and violation of human rights could be legitimised. On the other hand, governments and populations need to be sensitive to diverse cultural expression without this becoming a danger to society at large. The key, as ever, is to strike the right balance.

Certain human rights are held to be basic guarantees that belong to people simply because they have been born. These are commonly considered universal in that everyone should have them and enjoy them, independently of whether or not they be recognised and implemented by the legal or political system of any man›s country of residence.

The primary exponent of this position is the 17th Century philosopher John Locke. His argument, which builds on the thinking of Hugo Grotius and Thomas Hobbes, runs through his «Two Treatises of Government» (1688). He contends that individuals possess natural rights, independently of the political recognition granted them by the state. These natural rights stem from a natural law that originates from God, the ultimate authority. This law requires all to be free from threats to life and liberty, while also requiring what Locke argued as the fundamental, positive means for self-preservation: personal property. In his view, it was a government›s principal responsibility to protect the natural rights of its citizens. Locke›s work had an undeniable influence on the founding fathers› drafting of the constitution of the United States and their subsequent Bill of Rights; and on the French Declaration of the Rights of Man and the Citizen.

Immanuel Kant’s founding on reasoning and the moral autonomy of the individual, provided a secular theoretical framework for rights. The American Declaration of Independence, which safeguards the «inalienable rights to life, liberty and the pursuit of happiness», represented an important step towards the secularisation of natural rights, which was ultimately achieved in the French Declaration.

For Thomas Paine, the advent of the Rights of Man heralded «a new era to the human race». He argued convincingly that rights belonged to men by virtue of their status as human beings and that the possession of rights implied duties, and respect for the rights of others. He demonstrated the unique value of rights as a form of protection against coercive government, and made the case for their value not just to individuals, but for the overall public good.

Yet the concept of rights was far from universally endorsed. Edmund Burke regarded… 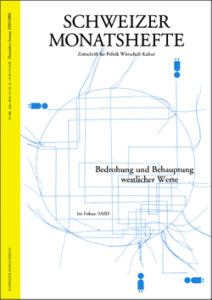